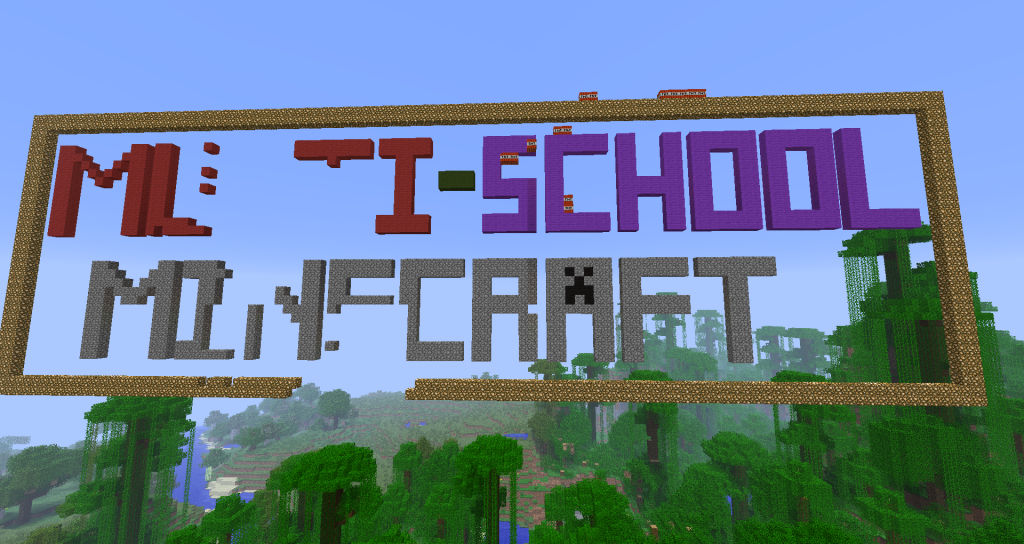 “You’ll never know more than your students. And that’s okay.”

I find myself saying that a lot to teachers looking to bring Minecraft into their classrooms. Any adult who’s been within a block’s throw of a Minecraft kid knows what I’m talking about.

I’ve written about the encyclopedic knowledge of some Minecraft students around upcoming patches, crafting recipes or the latest must have modpack.

It wasn’t always like this. The knowledge of kids playing Minecraft has increased exponentially every year I’ve used the game in my classroom. And Teachers should be afraid. Very afraid.

They should also be excited.

Before I tell you why, here’s a look at the Evolution of the Minecraft-Playing Student (as seen by me.)

In the spring of 2011, I brought Minecraft into the classroom for my first time, after playing it myself for about six months. I had a small group of students, six who came to me for reading and writing support. I asked them if they had ever heard of Minecraft. None of them had, but when I showed them this trailer, they were all into it.

They were clueless n00bs, the morning was chaotic and there was so much learning to be had.

The next year with a new group at a new school, the reaction a vague knowledge around the game. The kids had heard of it but none had played it. Our early sessions were messy and loud, which was expected. What was a surprise was how quickly these students found the growing catalogue of resources online, from Minepedia, to Yogscast videos and more.

By the end of this year, the students were Minecraft pros and a few had got the game and were now playing at home.

My third year using Minecraft was the first year I got push-back from a student about using it. Her brother played it, so she officially hated it. But she gave it a go and was the first one in the group to figure out how to chat in game. From there, she was hooked.

The others in the group had also played Minecraft, either at home or at a friends. They knew the commands, how to build and were off.

The first day wasn’t as messy, but it was still fun.

This year is the year I’m seeing things really change. Each student had played Minecraft before.

Two ran their own servers at home and immediately set to work trying to crash the server. They ran World Edit commands, they tried to get Command Blocks, the whole bit.

They were poking at the edges of this play space we’d created for them. They were testing the boundaries, trying out their theories and seeing if they could get under the hood of the game. These students felt powerful. They felt in charge.

To them, Minecraft wasn’t a video game you just consume. It was a form of media to be manipulated, hacked and reshaped into their own thing (e.g. a broken server!)

The Many Ways to “Play” Minecraft

I can’t say that’s how these students saw themselves or their attempts to OP themselves, make //sphere TNT 1000 or anything else that would have brought down our GamingEdus server (running on some high end university equipment). They were just testing boundaries, pushing limits and playing Minecraft the way any 11 year old with his own server would play.

They were playing like server admins. And that shouldn’t be surprising or shocking.

Because outside of the physical building known as “school” and after 3:30 pm, that is who they are. And I’m honoured to have them as builders in our lunch time Minecraft club.

The kids will always know more about Minecraft, or whatever game comes next into your classroom. And that is fine. As teachers, hopefully that doesn’t scare you. Hopefully that gets you charged up (as it does me) to have these student push their learning, and your server into uncharted territory.

How many times can you say that about something you’re doing in your classroom?